Bollywood Veteran Rishi Kapoor Passes Away at 67, “I am destroyed” says Amitabh 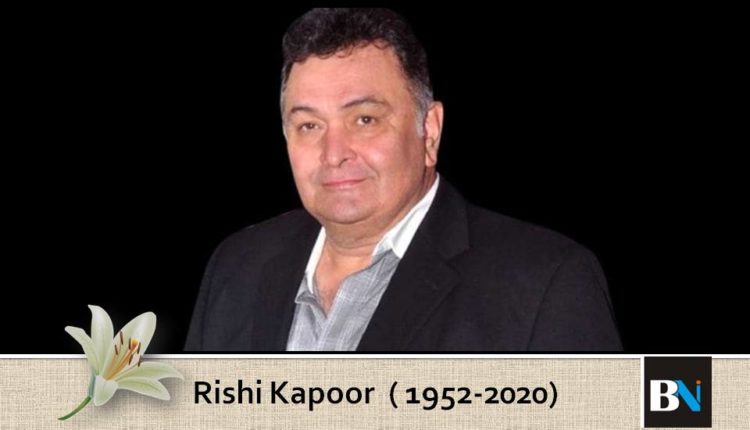 Biznextindia:  Within 24 hours Bollywood has lost another stalwart. Veteran actor Rishi Kapoor passed away in Mumbai today. He was 67. He was admitted in Sir HN Reliance Foundation Hospital in Mumbai on Monday.

Rishi Kapoor debuted in his father famous director and actor Raj Kapoor’s 1970 film Mera Naam Joker, playing his father’s role as a child. But as a solo actor, he debuted opposite Dimple Kapadia in 1973 hit Bobby.

Very very sad to hear about the passing away of Rishi ji. I grew up watching his movies and he was always very gracious when we met over the years. May his soul Rest in Peace.

My heartfelt condolences to Neetu ji, Ranbir and the whole Kapoor family. 🙏 pic.twitter.com/MItdmmSnVz

Some of his notable movies include Lila Majnu, Rafoo Chakkar, Sargam, Amar Akbar Anthony, Karz, Nagina, Chandini, Damini and in the latter part of his career Agneepath, Namaste London, Mulk. In 2019 he appeared in the crime thriller movie ‘The Body’.

Rishi was diagnosed with bone marrow cancer in 2018 and went to the USA for treatment. After successful treatment for over a year, he returned to India in 26 September 2019.

Cant believe it. Chintu ji @chintskap. (Mr.Rishi Kapoor) was always ready with a smile. We had mutual love and respect. Will miss my friend. My heartfelt condolence to the family.

Yesterday, he was admitted to H. N. Reliance Hospital, Mumbai after he complained of having problems in breathing.

Saddened to learn about the passing away of veteran actor #RishiKapoor. Indian cinema has lost one of the iconic actors who had left an imprint with many memorable movies. My condolences to family, friends and fans. #RIP