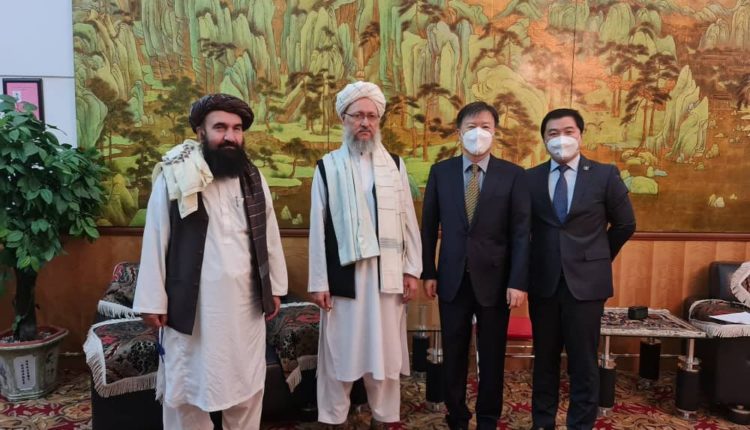 Biznextindia : A day after CIA Director William Burs secretly met Taliban leader Abdul Gani Baradar on Monday, a team of senior Taliban leaders met the Chinese Ambassador to Afghanistan  in Kabul. They had a discussion on the security of the Chinese Embassy and Diplomats in the country, Chinese State media journalist Shen Shiwei said.

It may be noted that, while several western countries have closed or downsized their embassies in Kabul, China, Russia and Pakistan have kept their embassies open and they have indicated they are ready to deal with the Taliban regime.

Afghanistan is crucial for China’s ambitious Belt and Road Initiative (BRI). The resource hungry country is also eying Afghanistan’s rich mineral resources estimated to be worth of USD 1 trillion. 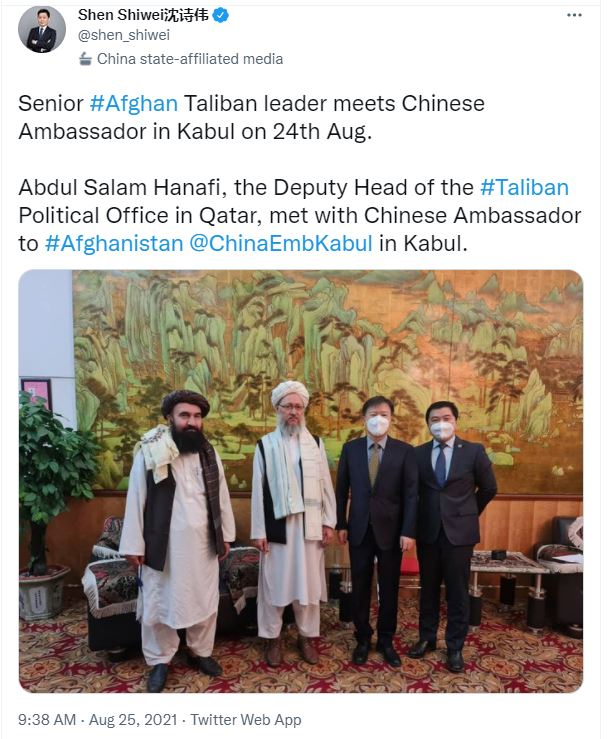