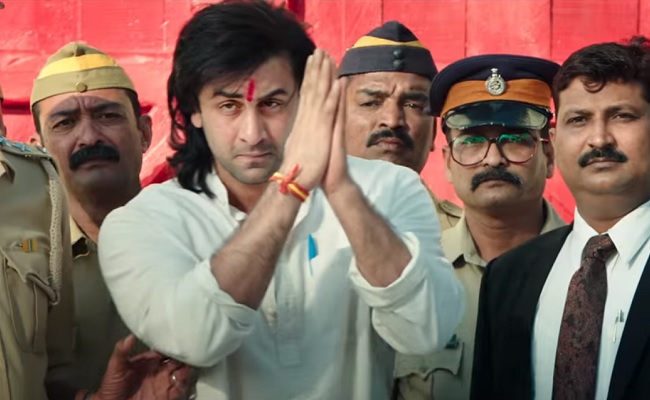 Mumbai: Rajkumar Hirani’s  Sanju has continued its successful run at the box office. After a tremendous Monday, the movie collected Rs. 21.50 Cr in its first Tuesday. With this, the total Collection has crossed Rs. 166 Cr in just 5 days, which is simply phenomenal. The movie has already become a blockbuster and most likely set a new benchmark in Boxoffice success in the Indian Film industry.

The Ranbir Kapoor, Paresh Rawal starrer movie is likely to cross Rs.200 Cr milestone in its first week itself.

With Sanju director, Rajkumar Hirani has once again proved his talent as a master storyteller. His previous movies like the Munnabhai series, 3ediots and PK have already achieved cult status in Bollywood.  Now every eye would be on his next venture, the Munnabhai-3. He has already announced that he has got an idea and working on it.

‘Sanju’ may cross Rs.200 Cr mark in its first week

Delhi Lt. Governor is bound by aid and advice of the Cabinet: SC