Three generations of the ‘Deols’ to star in ‘Apne2’, Sunny’s son Karan to debut 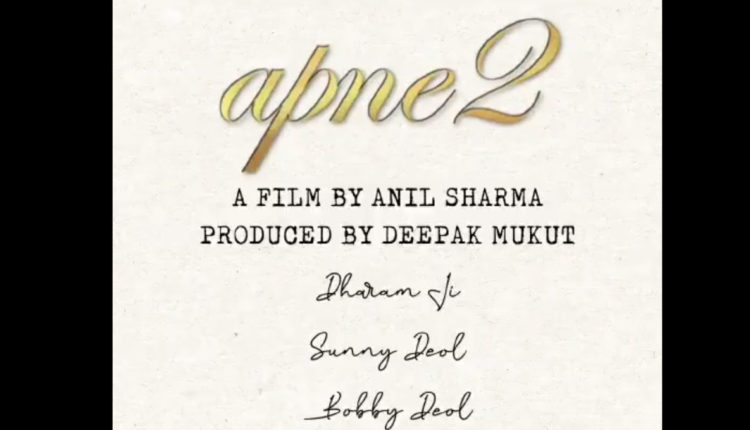 Biznextindia : Three generations of the Deol family to unite in the sequel of 2007 hit Apne. The ‘Apne2’ which is aiming a Deewali 2021 release will star Dharmendra, his sons Sunny & Bobby Deol and grandson Karan Deol.

With ‘Apne2’ Sunny’s son Karan will debut in the Bollywood.

According to a tweet by Bollywood business analyst Taran Adarsh, shooting of the movie will begin from March 2021. The Deol family’s trusted Anil Sharma, who had directed ‘Apne’ will also direct the sequel.

Actor Bobby Deol also took to the social media to confirm the news.

‘Apne’ is about the story of a disgraced ex-boxer, who attempts to make his two sons champion boxers in order to clear the stain on his name. One son agrees with this wish, but the other does not, causing family conflicts.

Though the story of ‘Apne2’ is yet to be known, it is also most likely to be a sports drama.