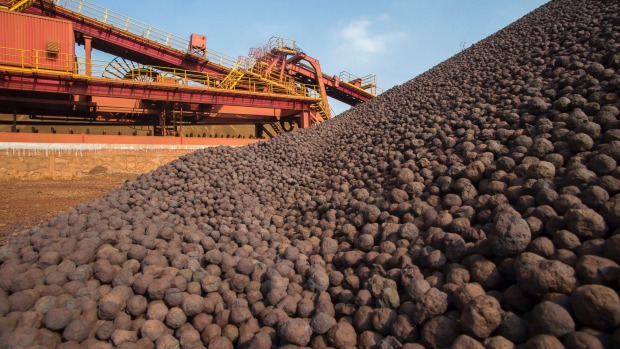 Biznextindia : Government of India owned KIOCL has once again announced temporary closure of its Pellet Plant at Mangalore due to weak domestic demand  and unviable export market.

“we would like to inform that operation of Company’s Pellet Plant at Mangalore has once again been temporarily suspended w.e.f. August 23, 2022 due to shed full condition, resulting out of lack of demand in domestic market and unviability in international market in view of levy of duty on export of Pellets by Govt. of India vide its notification dated 21.05.2022” KIOCL said a regulatory statement.

In June, the company had suspended operation in the plant and resumed operation on August 12. But weak demand has compelled the company to suspend operations after operating for just 12 days. KIOCL’s pellet plant in Karnataka’s Mangalore has a capacity of 3.5 mnt/year.

Due to weak domestic demand Iron ore pellet (Fe 63%) prices in Bellary inched down to Rs. 9,850/t exw today as against Rs. 10,000/t on 19 Aug. Similarly, Pellet offers in Odisha’s Barbil dropped to Rs.7000 per tonne, according to steelmint data.

The Government of India in May’ 2022 had imposed a 45% duty on iron ore pellet exports in order to safeguard domestic supply and effectively control inflation.