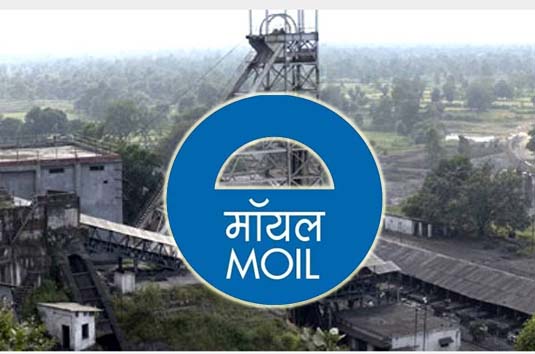 Total production has increased ( YoY) by 9% to ten year high of 13 lakh MT, its Core production (non-fines) have jumped 15% during the year.  The company has also achieved highest-ever production of non-fines manganese ore.

Non-fines sales are also at a record-high of  11 lakh MT (up by 13% y-o-y). The total production growth in last three years is around 30%. Currently, MOIL holds  34% of manganese ore reserves of the country and is contributing  50% of the domestic production. MOIL is also giving utmost thrust on expansion and modernization of its mines to sustain production levels and attain capacity enhancement.

Projects of sinking of second vertical shaft at Chikla mine and shaft deepening at Kandri and Balaghat mines have been completed during the year. These will enable the Company sustain enhanced level of production from these mines. Its projects of shaft sinking at Ukwa and Munsar mines and high speed shafts at Balaghat and Gumgaon mines are progressing as per schedule. In addition to the above, development and production activities have been started during the year at Parsoda (in Nagpur district) – 11th mine of MOIL. Annual production at this mine will gradually increase to 40000 MT. The Company is also actively pursuing cases of prospecting and mining leases in Maharashtra and Madhya Pradesh, mostly in areas adjacent to its existing mines. The above projects/new leases will enable MOIL move ahead towards its ambitious vision of almost doubling production to 25 lakh MT by FY 2024-25.