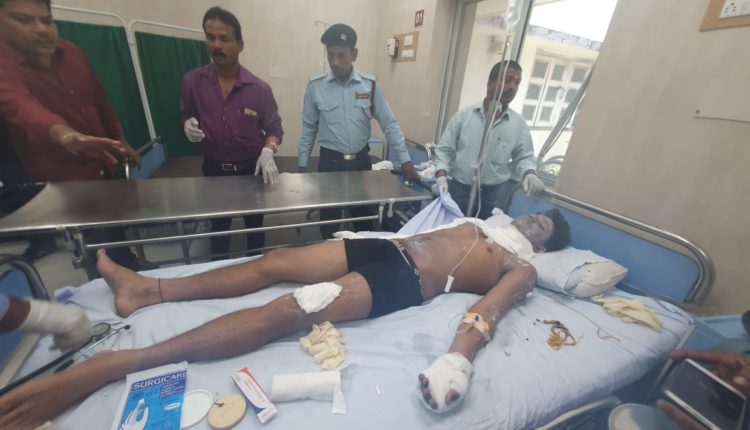 Bhubaneswar: As many as four persons suffered critical burn injuries after a fire broke out in the Smelter Casthouse- B unit of Nalco Plant in Angul on Tuesday morning. This is the second such incident within a month in an Aluminium plant in the state after the fire mishap at Vedanta’s Jharsuguda plant on 7thof this month.

According to media reports, a flashover in high-voltage panel board of Smelter Casthouse-B led to the fire breaking out in the plant at about 10 am this morning.

On being informed, fire tenders were pressed into the service to douse the flames. Mithun Nath, a contractual worker of Patanasahi village, two students, Bisweswar Samal and Rajanikant Parida undergoing apprenticeship training and a woman worker of NALCO, Rinkina Sahoo sustained injuries in the mishap. They victims were rushed to NALCO hospital for treatment and later referred to a private hospital in Bhubaneswar.