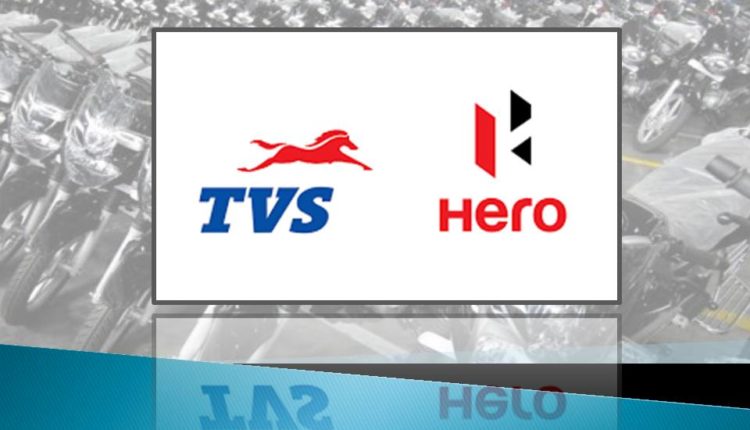 Biznextindia : India’s top Two Wheeler manufacturers have reported drop in sales in November due to weak consumer demand. While Hero MotCorp has reported 15% drop, TVS has registered 17% drop in their November sales.
Hero MotoCorp, India‘s market leader has reported 12% drop in its motorcycle sales at 479200 units. The company’s overall sales, including scooters, have dropped by 15% to 516775 units, compared to 610,252 units in November 2018.
Hero MotoCorp has scaled up the production of its BS-VI vehicles while discontinuing the production of several BS-IV models in an effort to migrate completely to the new emission era. The Company has stopped production of more than 50 variants of its BS-IV range of products while rapidly increasing the production of BS-VI vehicles.
Meanwhile, TVS Motors has also reported 16.6% drop in its November sales. The company registered sales of 266,582 units in November 2019 as against sales of 319,965 units in the month of November 2018. Shifting of Diwali season to the earlier month and planned adjustment of BS IV stocks is reflecting in the sales growth difference between November 2018 and November 2019.

Konark Festival Day-2 :  ‘Ramayana’ in Balinese and ‘Soorya’ in Odissi

Maruti Suzuki aims to sell 1 million green cars under its…