Biznextindia :  After several months in the negative zone, Bajaj Auto has reported positive sales growth of 10 per cent in September including 6 per cent growth in the domestic market.

The automobile major has witnessed an impressive sales growth of 20 per cent at 4.04 lakh units in the two-wheeler segment including 24 per cent growth in the domestic market and 16 growth in exports. 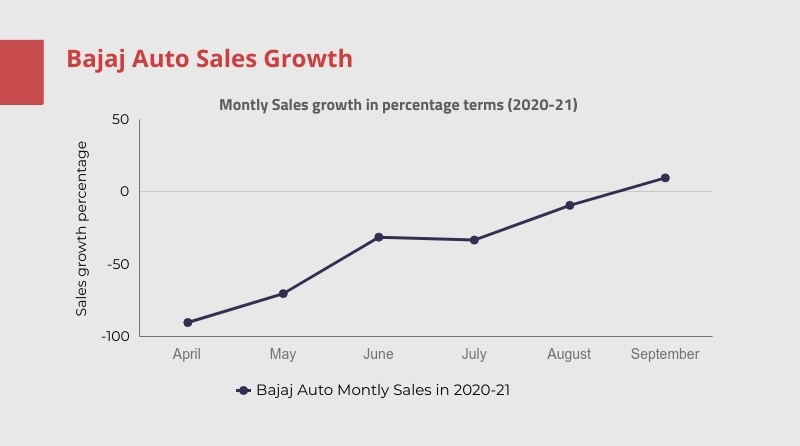 Bajaj Auto has reported 31 per cent, 33 per cent and 9 per cent decline in its June, July and August sales respectively.