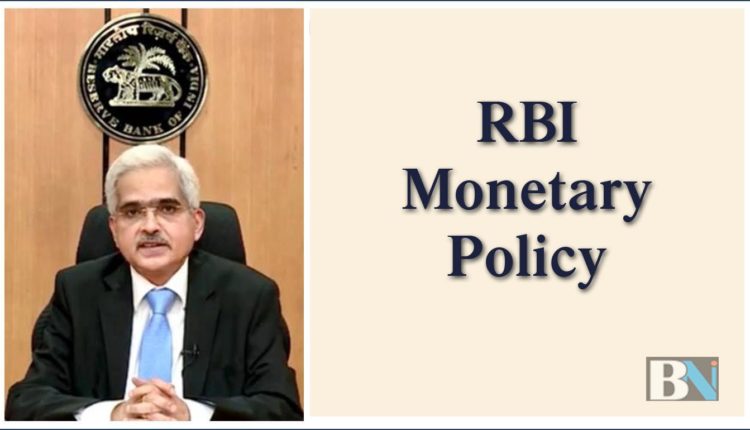 Mumbai : The Monetary Policy Committee of the Reserve Bank of India has voted unanimously to keep repo rate unchanged at 4% and maintain an accommodative stance, Said RBI Governor Shaktikanta Das during his press conference after the three day MPC meeting.

“These decisions are in consonance with the objective of achieving the medium-term target for consumer price index (CPI) inflation of 4 per cent within a band of +/- 2 per cent, while supporting growth” the Governor said after the meeting.

Keeping in view the impact of the second wave of the pandemic, RBI has cut India’s GDP forecast to 9.5 per cent in FY2021-22 from 10.5 per cent earlier.

National Automated Clearing House (NACH) to be available all days of the week, starting 1st August