Instead of privatising, Air India should be freed from government interventions: Swamy 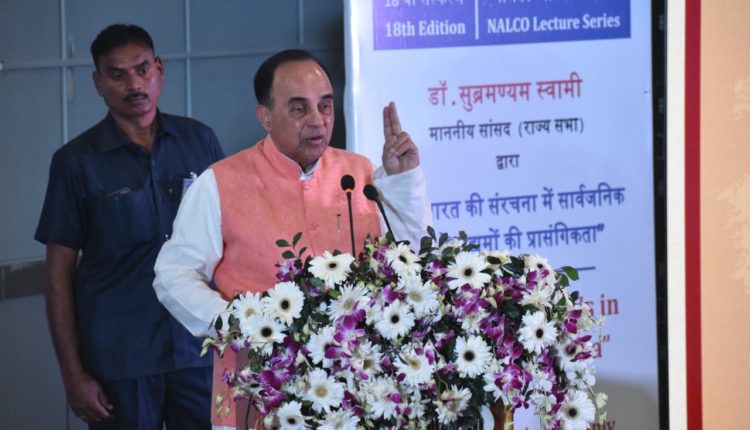 Instead of privatizing important Public Sector Undertakings (PSUs), the government should give them more freedom to take appropriate decision to compete in the market, he said.

“PSUs should be provided freedom to take important business and even ‘wrong’ decisions” he said.

Air India was making profits till 2004, but due to dubious government decisions like large scale procurement of aircrafts has made situations worst for it.

Speaking at a special function at Nalco, he said “the country needs PSUs in certain areas where the private sector does not have the capacity and investment to operate and aviation is such an area. Air India serves a number of special tasks; one cannot expect a private airline to do.  If we take the recent example of the Chinese City of Wuhan, we have successfully evacuated not only our own citizens but citizens of our neighbouring countries like Sri Lanka, who don’t have such capacity”.

“So, a Global Indian Airlines is necessary and Air India can be the one” he added.

On the larger issue of growth, he said that India needs to grow at 10% and for that, we need free-market as well as public investment in research and innovation. We need PSUs in certain crucial areas such as Infrastructure, Aviation, Atomic Energy and Space Research. For a welfare state like India, PSUs are necessary, but they must be work in harmony with the free-market principles.

SBI released eligibility conditions for loan restructuring by the…

Job creation scenario to slip into the negative zone in FY21 :…