Govt announces Rs. 1.7 lakh crore package for the poor, Rs.2000 each to be transferred to 8.7 lakh farmers 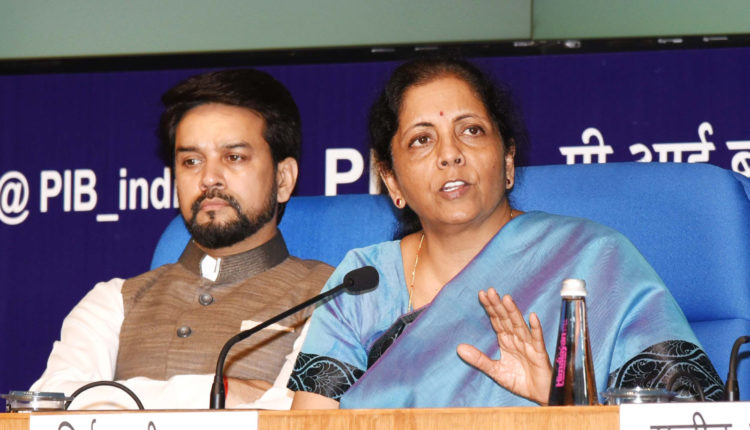 NewDelhi: In the wake of the 21-day national lock-down, Finance Minister Nirmala Sitharaman on Thursday announced Rs.1.76 lakh crore package for the people bottom of the pyramid-the labourers, urban and rural poor. The Scheme, to be known as Pradhan Mantri Gareeb Kalyan Yojna, involves both direct cash transfer and food-security related measures.

Under the Food-security related measures, an additional five kilos of rice/wheat will be given along with 1-kilo pulse per household. This will benefit about 80 Crore people of the country.

Under cash transfers which is largely under DBT, there are going to be 8 specific group of people who will be addressed. These include MGNREGA beneficiaries, farmers, poor widows, poor divyang, women having Jan Dhan Yojana accounts and women under Ujjwala Yojana, women in SHGs, women under EPFO, construction workers.

Support for senior citizens (above 60 years), widows and Divyang:

Sensex, Nifty up ahead of RBI Governor’s Press meet