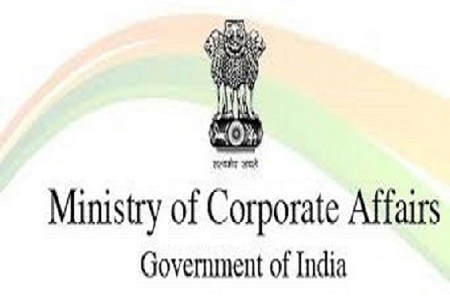 Insolvency and bankruptcy code bill, 2016 is the bankruptcy law that consolidated all the laws related to insolvency in India by creating a single law. The bill was passed by Lower house of India’s parliament i.e. Lok Sabha on 5th May 2016 and received the assent of Indian president on 28th May 2016. Both the terms mentioned in the name of the bill are related to each to other. While Insolvency is defined as inability of debtors, individuals or corporates to repay their debts on the other hand bankruptcy happens when debtors, individuals or corporates are declared incapable of repaying their debt. Thus, bankruptcy is just a formal declaration of insolvency.

Why is a single law needed in India?

According to statistics, nearly 60,000 bankruptcy cases are pending in Indian courts and it takes 4.3 years for a company to shut down its operations in India. This bill will reduce the time taken to 1 year. According to another statistics, India ranks 130th in Ease of doing business and 40th in global competitive index. Both ease of doing business and global competitive index ranking criteria have one parameter in common i.e. resolving insolvency. The law will help in improving ease of doing business by consolidating all the laws dealing with Insolvency and bankruptcy into one single entity.

Most importantly, this bill will tackle one problem that has become a thorn in the flesh of RBI and central government i.e. NPAs or Non-performing assets. By definition, for a bank, it means any asset which hasn’t performed for over a period of time or in other words an asset on which bank hasn’t received any principal or interest over a period of time, usually 90 days. However, with respect to agriculture/ Farm loan, NPA is defined as non-repayment of loans till 2 crop seasons for short duration crop and for long duration crops, the repayment period stands for 1 crop cycle. It is estimated that 13% of all commercial loans which totals 8-10 lakh crore in India are NPAs. Industrial Development Bank of India (IDBI) and Indian Overseas Bank (IOB) have highest NPA ratio while State Bank of India (SBI) has highest amount of NPAs.

A huge pile of NPAs can have a plethora of challenges for Indian authorities. Interest income is one of the sources of income for lending agencies like banks. A loan/credit that is NPA has not yielded interest for at least 90 days. Any loss in Interest payment will result in loss of bank’s income. The NPAs suck the liquidity out of the market which means less cash flow. Companies will react to this by ossifying the credit policies. This measure can negatively affect the economy as some businesses won’t be able to take a loan. Also, the principal used to finance loans is basically depositor’s money and not the bank’s money. Thus, the principal needs to be replaced in order to keep the depositor’s money intact. An NPA also affects the efficiency of lending companies. Efficiency is the ability of the company to recover the principal and earn interest as compared to their peers. NPAs can have a ripple effect on small banks. Small banks run of low capital infusion and liquidity. More the NPAs, the less the liquidity and capital inflow. The issue could get aggravated in case of any economic upheaval or downturn. This could lead to collapse of banks as small banks won’t be able to stand against any economic upheaval or downturn.

Before this law, the liquidation of companies was handled under various laws like Sick Industrial Companies Act, The Provincial Insolvency Act, Companies Act, and Recovery of debts due to banks and financial Institutions Act, The Provincial Insolvency Act etc. The laws from British era that dealt with individual debtors made contributed to the already complex process. Also, the overlapped jurisdiction of different authorities like High Court, NCLT (National Company Law Tribunal), Debt Recovery Tribunal slowed down the debt recovery process. This complexity of laws and overlapping of jurisdiction was one of the main sources of problems for the banks to recover their loans.

Salient features of the bill

Concluding that this landmark bill will have a significant impact on improving the country’s business environment. As the government set-asides the ambitious target of breaking into the top 50 rankings of ease of doing business, this bill would ensure that India means business. However, some above-mentioned issues could damper the spirit of the bill. The government must ensure that the above loopholes are removed by reforming the bill, so that sheen of the bill doesn’t get dampened.

Mahesh Jain takes charge as Deputy Governor of RBI, to look after Department of Banking Supervision