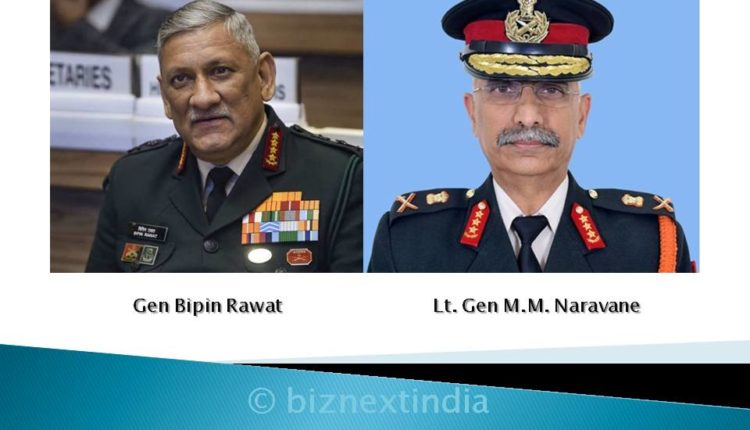 New Delhi: General Bipin Rawat on Tuesday retired as the Chief of the Army Staff. He’ll take the charge of India’s first Chief of the Defense Staff tomorrow. Lieutenant General Manoj Mukund Naravane will take over as the 28th Army chief today.

Speaking to reporters General Rawat said that the Indian Army is better prepared to take on China and Pakistan today. He also expressed his confidence that the new chief will take the Army forward to face the challenges. He also thanked the Army and the countrymen for the support during his tenure as the Army chief.

General Rawat is likely to take charge as India’s first integrated chief on Wednesday. As the CDS he will be heading the newly formed Department of Military Affairs under the Defence Ministry. He will also be the Permanent Chairman of the Chiefs of Staff Committee. He will act as the Principal Military Adviser to Raksha Mantri on all tri-Services matters. The three Chiefs will continue to advise RM on matters exclusively concerning their respective Services. CDS will not exercise any military command, including over the three Service Chiefs, so as to be able to provide impartial advice to the political leadership.

The following areas will be dealt by the Department of Military Affairs headed by CDS: