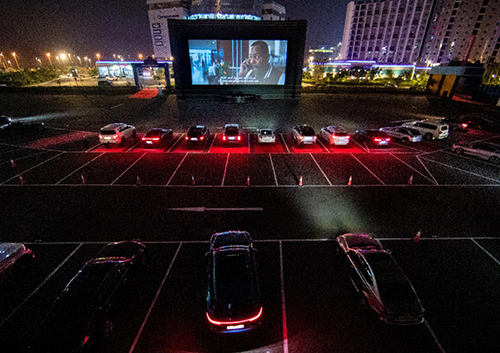 Biznextindia : Mukta A2 Multiplex SPC (Baharin), a wholly owned subsidiary of Subash Ghai’s Mukta Arts Limited is looking for expanding its operations to Saudi Arabia, after the kingdom has allowed Cinema Theatres to open 3 years back.

Cinemas had been banned in Saudi Arabia until the first cinema opened in the kingdom on 18th April, 2018 in Riyadh.

The company which owns a 6 screen drive-in multiplex in Juffair Mall, Baharin and is now completing a 10 screen multiplex in Dana Mall in Bharin on project consultancy basis.

Mukta Arts on Thursday said that it has received equity funding from Indian film distribution company A.A.Films Pvt Ltd. After completion of the funding, Mukta A2 Multiplex SPC (Baharin), will become a partly owned subsidiary of Mukta Arts from wholly owned subsidiary currently. Both the companies have agreed to bring in further capital funding if needed.