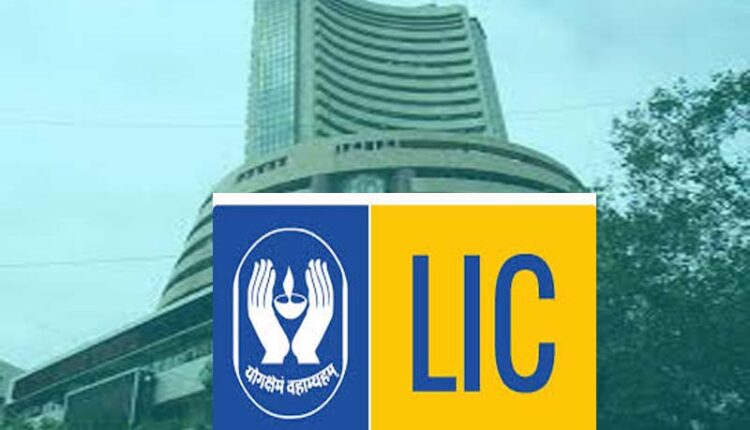 Mumbai : Shares of Life insurance Corporation of India (LIC), India’s largest life insurance company, have made a lackluster debut on the bourses on May 17, as the PSU insurer listed at a discount of 8.6 percent at Rs.867.20 over its issue price of Rs.949 on the BSE. On National Stock Exchange (NSE) the shares were listed at a discount of 8.11 percent.

Retail investors and policyholders were give discounts of Rs. 45 and Rs.60 respectively per share in the bidding process.
“Corrections in the equity markets globally seem to have hit the listing for the biggest public issue in the history of the Indian capital market. The situation was worsened by mounting inflationary pressure, stricter lockdowns imposed in China to combat Covid outbreak, and an unabated war on Ukraine by Russian forces” said a report by moneycontrol.com.

After the debut in the market, LIC has become the fifth most-valued Indian listed firm with a market capital of Rs 5.71 trillion. Reliance Industries Limited is the nation’s most valued firm with an MCap of Rs 16.42 trillion followed by TCS, HDFC Bank and Infosys Ltd.

The LIC initial public offering (IPO), which was opened for subscription between 4-9th May, had subscribed 2.95 times led by strong demand from policyholders, employees and retail investors. Through the IPO, the government of India has raised Rs.20,557 crore by selling 3.5 percent stake.