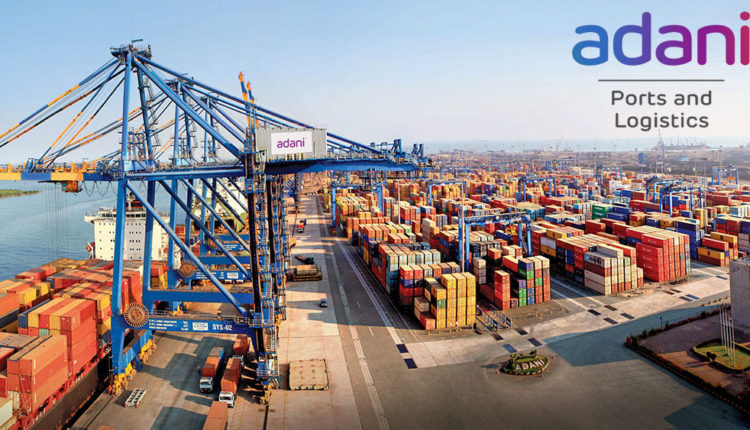 Ahmedabad : A consortium of Adani Ports and Special Economic Zone Ltd (APSEZ) and Israel’s Gadot Group has won the tender to privatise the Port of Haifa, the second largest port in Israel, amidst stiff competition from local and global players. Through the winning bid, the Adani-Gadot consortium has secured the rights to buy 100% shares of Haifa Port Company Ltd. The concession period of the Port of Haifa remains up to 2054.

“Needless to say, we are delighted to win the privatisation tender of the Port of Haifa and this is one of the many steps we are taking to transform APSEZ into a global transport utility that will include logistics and warehousing,” said Karan Adani, Wholetime Director & CEO, APSEZ.

“This win is strategic for us from several dimensions. It gives us a much larger presence in Israel, one of India’s most strategic partners, with whom the Adani Group has been working for six long years to build a network of relationships across several industries. In the short term, we look forward to developing strategic trade lanes between our ports in India and Haifa and help facilitate trade between the two countries, diversifying the port cargo as well as leveraging our expertise to increase the operational efficiencies. Our portion of the investment is being funded through internal accruals and we are proud to work with Gadot as a reliable partner we have known for several years. In the long run, this is a tremendous port as we anticipate Israel becoming a connection both for Europe and the Middle East, and therefore we stand to be benefit from the new possible trade lanes that will get created.”

Haifa Port Company Ltd (HPC), for which APSEZ and Gadot made their successful bid, operates the Port of Haifa, one of the two biggest commercial ports in Israel. The port, which handles nearly half of Israel’s container cargo, is also the country’s principal port for passenger traffic and cruise ships.

The consortium of APSEZ and Gadot Group was formed with their respective shares of 70% and 30%. The consortium’s offer was NIS 4.1 Bn, equivalent to USD 1.18 Bn. With the acquisition of the Port of Haifa, Adani Ports and Special Economic Zone Ltd will expand its footprint into the European port sector, which includes the lucrative Mediterranean region. The Port of Haifa is located towards the north of Israel. It is close to the city of Haifa, the third largest city in Israel. It is also one of the major industrial areas of Israel. Haifa Port is operated by the Haifa Port Company Ltd, which also has real estate available for the development of office spaces, hotels, tourism and other recreational activities.