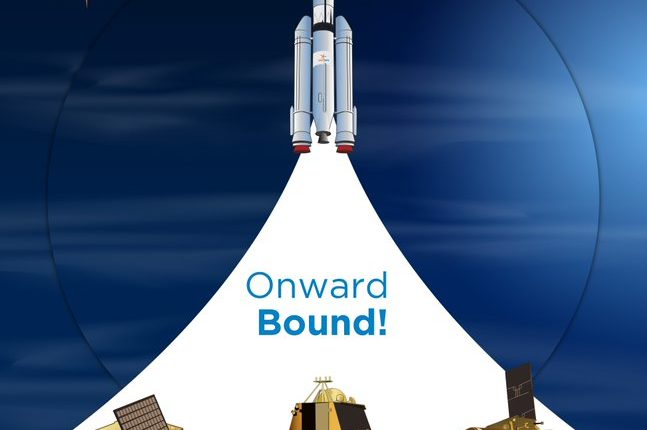 BiznextIndia : India is on the verge of history as its moon mission Chandrayaan-2 will make a soft landing on the surface of the moon after midnight at around 1.53 am . The Indian Space Research Organization (ISRO) is all geared up to navigate the lander of Chandrayaan-2 to soft-land on the moon.  The crucial landing operation on the surface of the moon will be held using the most complex ‘powered descent’ of the Lander Vikram.

All eyes of the scientific community will be on Lander Vikram’s soft landing as it will be the first landing in the South Pole of the Moon. In February, Israel’s Moon mission Beresheet had failed to land on the Moon’s surface.

ISRO Chairman Dr K Sivan said, after initiating the powered descent, the Lander is expected to touch down gently on the lunar South Pole in just fifteen minutes. The powered descent is being attempted for the first time by the ISRO. The Lander is primed to release the rover it carries after dust raised from the surface is settled. It is expected to take about four hours before the rover rolls out by using a ramp that will emerge from the Lander. The Rover is named Pragyaan, meaning wisdom, which is expected to send huge data useful to expand the understanding of the moon, along with the observations of the Orbiter and the Lander. The Orbiter, which carried the Lander to the lunar orbit earlier, will continue to orbit around the moon for over a year. The Orbiter and the Lander are capable of communicating with each other and also with the antennas of the Indian Deep Space Network at Byalalu near Bengaluru.

The rover will convey the data it collects from the lunar surface to the Lander, which would be closeby. The Lander, in turn, will transmit the data to the ground, in addition to the observations it makes itself.

The mission life of the Orbiter is over a year, and the Lander and rover will function for a lunar day, which is equivalent to fourteen days on the earth. Later, the Lander and the Rover will retire on the lunar surface itself.

Several earth-based landing trials were conducted before the launch of the mission, in addition to the simulation tests, boosting the confidence of the scientists in the complex endeavour.